Albuquerque Police are looking through their records to see if a woman described by a serial killer, matches any of their cold cases.

The man who could be the most prolific serial killer in US history, potentially tied to 90 murders, has just confessed to killing a woman in Albuquerque in 1974.

Tuesday, the FBI listed all of the crimes that Samuel Little has confessed to.

Previously, we knew Little spent time in New Mexico because of arrests in both Albuquerque and Hobbs, but this confession is the first violent crime he’s accused of in New Mexico. 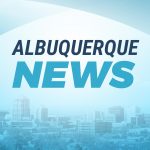 A Brazilian jiu-jitsu trainer put his skills to the test

A Brazilian jiu-jitsu trainer put his skills to the test

Ex-deputy gets 18 years after detainees drown in locked van

Stephen Flood's lawyer said while it was a terrible tragedy,...