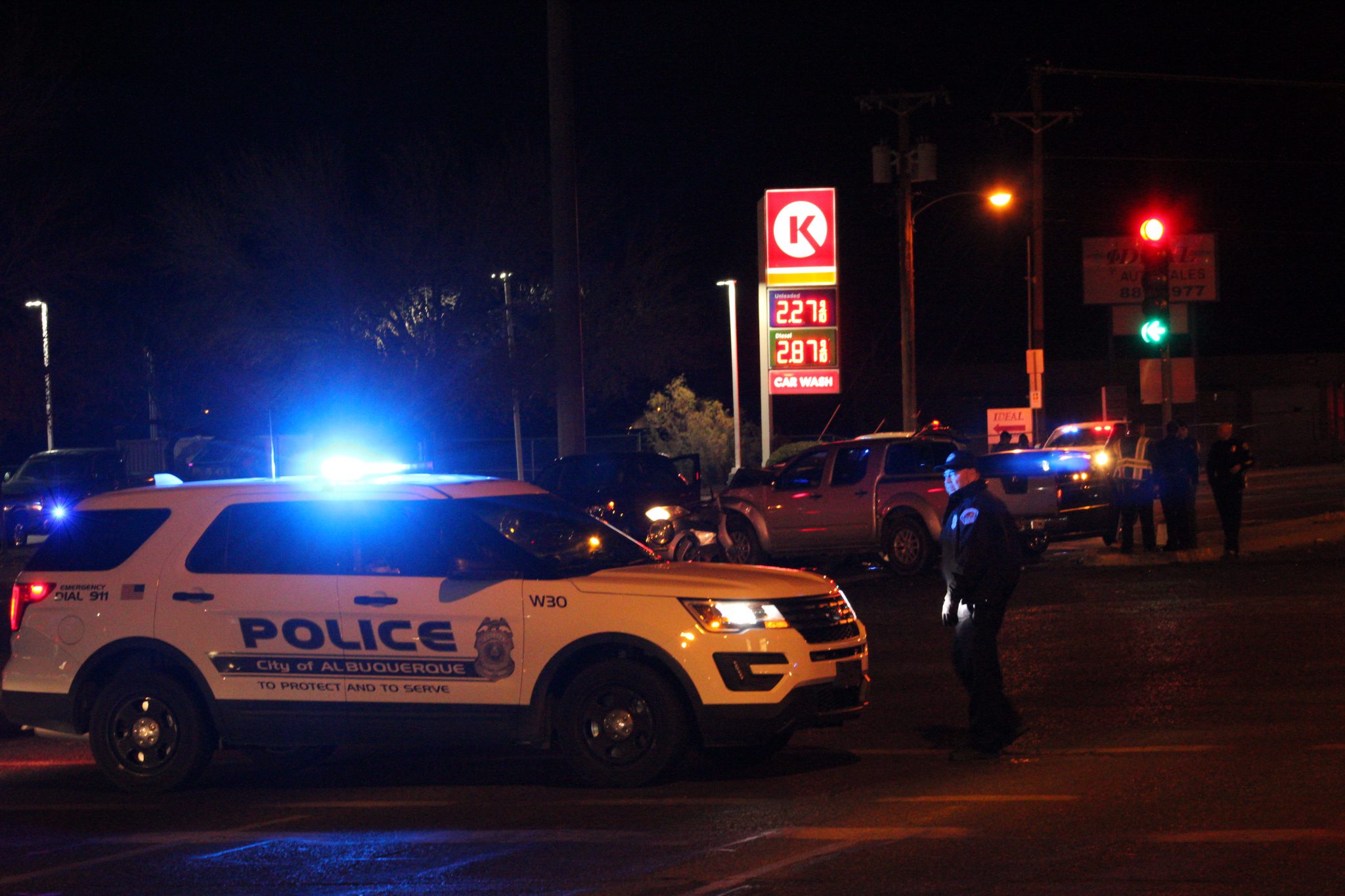 A man is dead and two children are in the hospital Tuesday night after a crash in northeast Albuquerque, according to police.

Albuquerque police spokesman Simon Drobik said the crash happened at Central and Eubank NE, and three people fled on foot from the crash.

He said one of the drivers died at the scene and two children in the same car were taken to a hospital.

Video shows the suspect firing at a state trooper, who was...

The couple pulled Sgt. Cory Ryan into their car and sped off...

A letter to the American public: Why ‘shoot them in the leg’ is not an...

A suspect who was sitting in the back of the patrol car was...